I have decided to write a little bit about today and my memories of September 11, 2001. My daughter was just about 16 months old. It was a sunny day in New York and she was playing in the living room. I remember clearly watching her play in the sun’s rays, chasing the bits of dust that floated in the air making it sparkle. She has always loved sparkly things. Every morning I would watch The Today show as we played together on the floor.

As they announced the first tower had been hit and showed the footage I was shocked. How could this happen? Why did it happen? It was incomprehensible that something like a plane could go that far off course. Then shortly after the second tower hit as we watched it live on television. This was no accident any longer. I remember looking at my daughter as she played and giggled through it all as I cried. Then the news of the other two planes started breaking. I knew in that moment the world she would grown up in would never be the same. I was able to get through to my partner at work and was feeding them information because phone and internet connections were intermittent. They were just getting little pieces of what was happening.

In the days that followed there was a sense of shock but also a strong sense of nationalism. WE were one. WE were The United States of America. Whether you lived in California, Florida or New York you were part of this, We were one. Flags were on every house. Candles burned on porches as people went outside to talk to their neighbors, brought food to first responders and helped each other through the tough days that followed. People were kinder to each other and more forgiving of petty differences.

Here we are today. Why did we forget? Why did we become divided rather than continue on united? We all really do care about our nation and have different opinions but let’s go back to that moment and respect each other, care about our communities and remember deep down we all love living in the United States of America.

So, life goes on I will do my part to try to remember that when I face someone who has a different opinion or way of doing things we do have one thing in common. We live in the United States of America. At least we have one block to start building on again. Try to be kinder to yourself and others. One of my favorite songs is Anne Murray’s “A Little Good News” from 1983. It could be sung today with different names. It is on You Tube go listen to it. As much as things change, they stay the same. 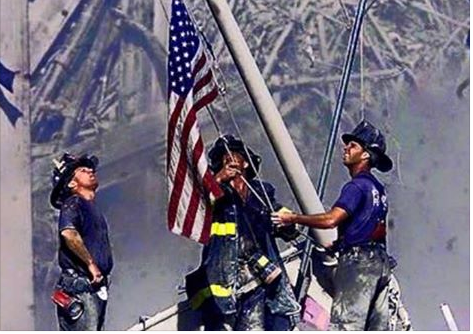 So, we have to eat and this was my daughter’s choice for dinner. Since most of the dinners have been about her brother I asked what she would really like for dinner. She chose the Tilapia. Then I started asking how she wanted it cooked. When I mentioned capers she had me stop reading any more. Both of my kids love capers. It is the salty, briny, tangy bite that they love.

We had to head to the store to pick up dry white wine and anchovy paste but everything else was something I had on hand. My son will be happy because now I need something to make with the rest of the anchovy paste and one of his favorite foods right now is anchovies.

We all loved this meal. It was simple, yet elegant. It was full of flavor and everyone asked for seconds on the fish. The fish was tender, flaky and held together fairly well.

For my mostly gluten-free son his fish was fried separately with a gluten-free flour. All other ingredients are the same.

I served this dish over rice with a green salad and green beans.