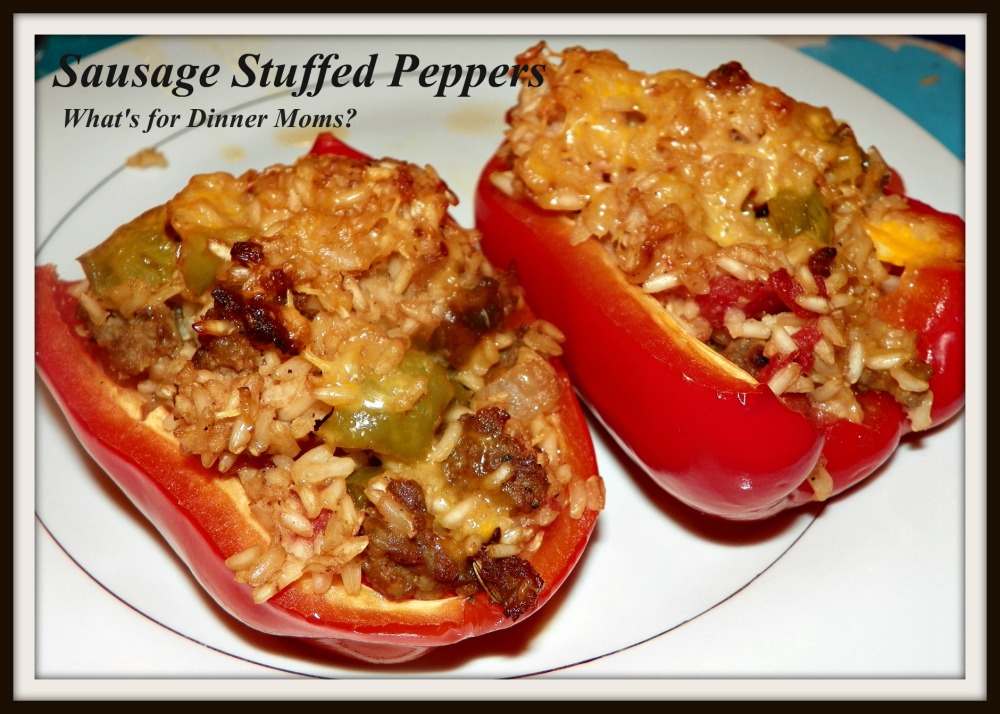 When you need dinner on the table quickly having frozen dinners in your freezer can really help make the dinner process go much smoother.  Casseroles, stuffed peppers, soups and lasagnas freeze very well.  Make a double batch of dinners either on a weekend or when you have extra time to make dinner one evening and you will have a dinner in your freezer for those nights that you have to be three places at once.  Remember to take the dish out of the freezer and thaw in the refrigerator the evening before or the morning that you want to cook the item.

Sausage stuffed peppers freeze well.  I have made 10-20 at a time and frozen them for friends and family to have on hand during crisis times.   They reheat well and still taste delicious.

This was a bit of a mixed verdict from my family.  They all liked the taste but my daughter hates brown rice.  Actually, make that rice of any kind unless it is with Chinese food and even then she prefers noodles.  So she picked all the stuff out of the rice and then ate the peppers.  All, the peppers.  If someone didn’t finish their pepper she scraped out the rice and ate the pepper.

My mostly gluten-free son loved these.  I think because they were flavorful and I didn’t have to make any substitutions for his meal.  He loves getting to eat exactly what we are eating.

Rather than stuff the rice inside a whole pepper I cut them in half lengthwise so that I could heap the rice filling into the shells.  This lowered the rice to pepper ratio which in my mind made them much better.

I served this with a green side salad and green beans.