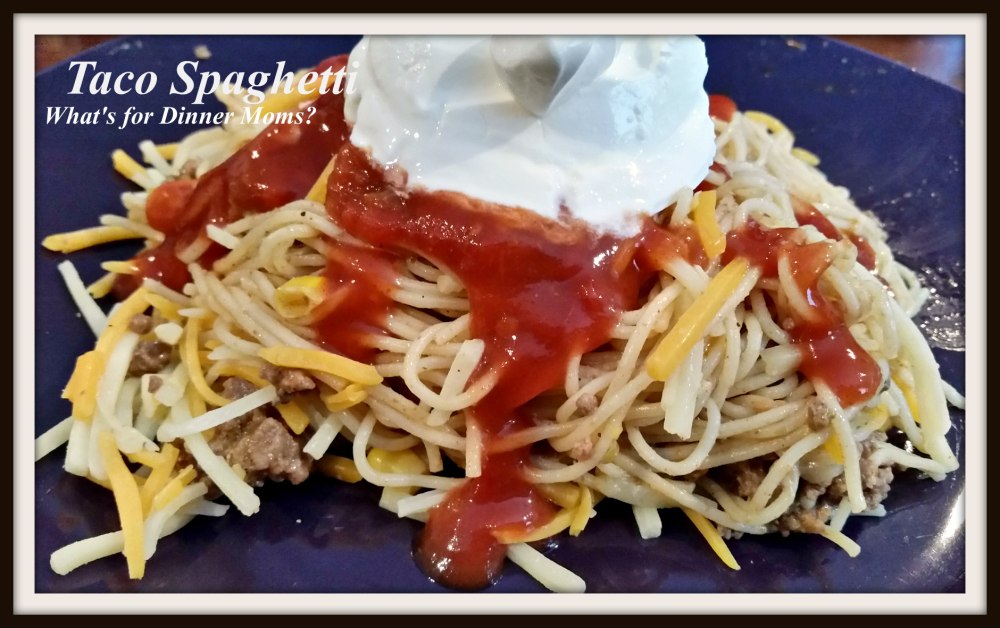 I have been going back and revisiting some of the dishes my family loved that we have not had in quite awhile. This dish we had back in 2013 and when I made it again this weekend my family remembered how much they loved it!

I have been hearing of Spaghetti Tacos for a while now.  I could just never imagine what they could be.  I thought it sounded completely disgusting.  Why would anyone ever even consider eating that?  But my children kept talking about a show on television where they all liked spaghetti tacos.

I thought about how my children love pasta and love tacos so why does marrying the two tastes sound so strange to me?  I’ll give it a try.

I even had a packet of taco seasoning mix on hand which I almost never have in my pantry.  It is just as easy to make my own and avoid all the strange named ingredients but when cleaning out my pantry recently I found one that was just about to expire.  Kismet.

The kids thought it was amazing.  They both ate it for dinner and lunch the next day.  We, the adults also really liked it.  It had enough of a bit of spice to be flavorful and the crunch of the tortilla chips really makes the dish.  I thought it was weird putting chips with pasta but it really made the dish much better.

I served this with a green salad on the side.