My daughter has been wanting to make cheesecake for the past several weeks. She finally decided that digging out the spring-form pan was too difficult and she would make small cheesecakes in cupcake pans instead. As you notice other than cookies I rarely bake. It is just not my thing. She loves baking so I am happy to have her do it because I also love sweets.

This is the original recipe for Mini Turtle Cheesecakes that my daughter used from Handle the Heat with Tessa Arias. (click for link to original recipe)

These were so good! The crust was perfectly buttery, the toppings were very sweet and the cheesecake was deliciously creamy. She will be making these again soon but next time I am going to have her use the caramel topping that you need to heat to pour over ice cream. She chose a jarred sauce that was pourable. That was a bit of a mistake because the caramel remained soft and was a bit tough to eat. Other than that these were superb! 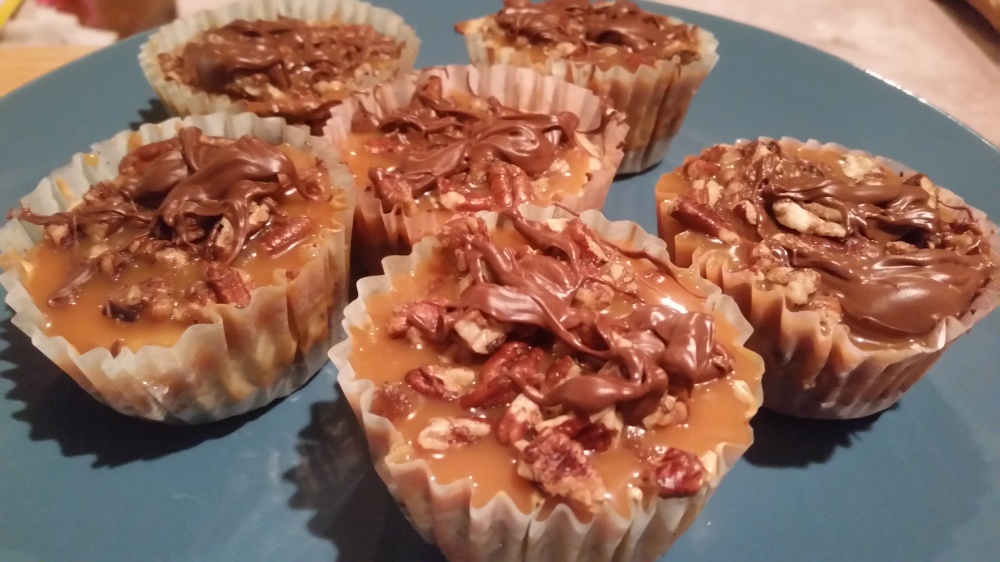