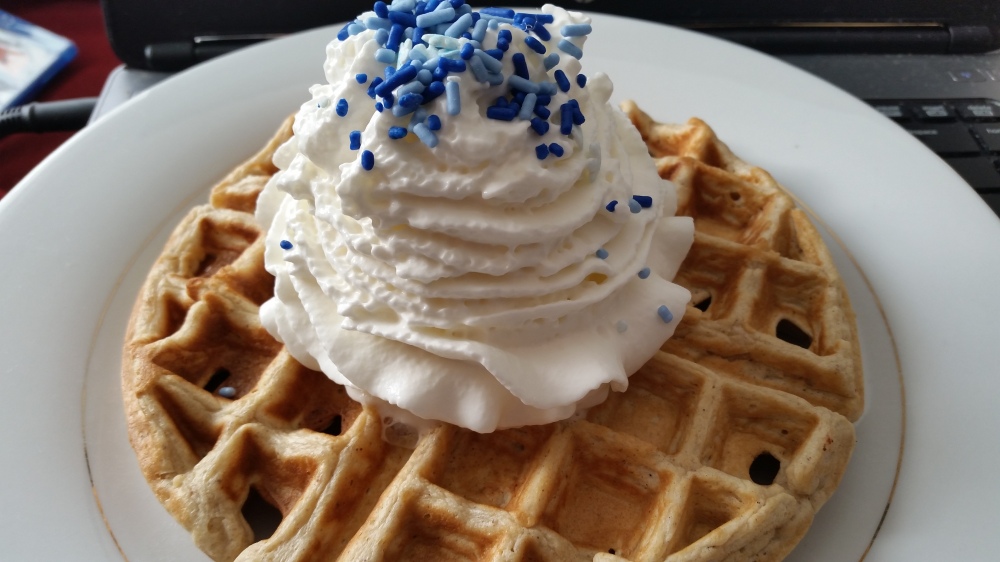 December is the season of eggnog. I am NOT a fan of eggnog at all but I love the cinnamon and nutmeg flavor combination.  I think the combination of flavors works perfectly in these waffles. Not too much nutmeg but enough cinnamon to bring out the flavor of eggnog.

My daughter had a friend spend the night and the next morning they wanted waffles. Both of them ate two huge waffles each! That is huge for her friend who is a self admitted picky eater. Though she did admit she is trying to stretch the foods she will eat.