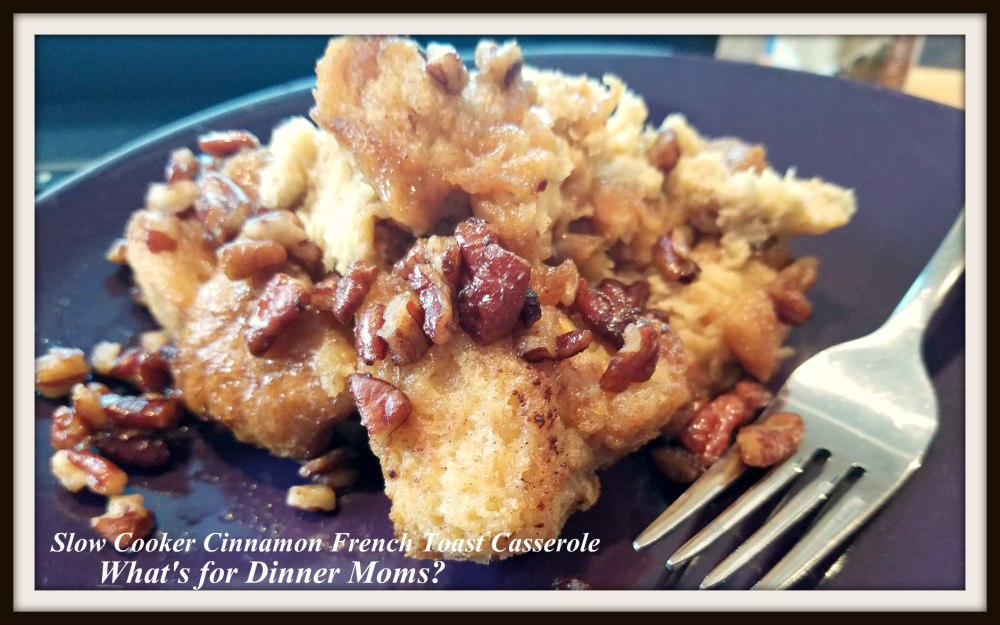 I have noticed we are seeking comfort food lately. I thought it was just the time of year, wanting fully enjoy the Thanksgiving and Christmas season, with all of the favorite foods. But, then I read an article that more and more people are eating their feelings right now with election season being stressful for everyone. It was funny but when I started to think about it I put out Facebook post and others quickly agreed. In fact we made this dish twice this weekend! Yes, both for Saturday and Sunday! Hopefully after today we will be seeking a few more salads and less carbs.

This was a hit! Like I said twice in one weekend. My kids ate it plain but I added a bit of warmed syrup over the top of mine, yummy! However you serve it make sure you add the candied pecans as they add to the texture of the dish. We made it the first time without the pecans but they really do add a bit of texture that makes the dish.

Serve this with a side of fruit salad to make the meal complete.

A yummy dish for a brunch or holiday meal! 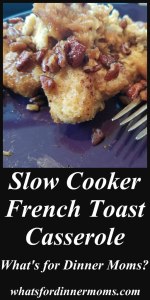