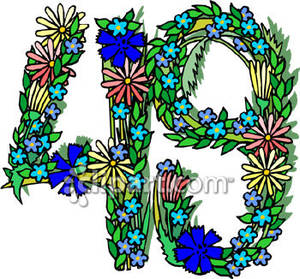 Day 49 – Week 7 down. We are doing well. Now that we have had 2 birthdays and a graduation here it seems that this is normal now. We have a new routine and things are settling down. My son still has 5 more weeks of virtual school so the goal is to get him through his AP tests in the next couple of weeks and then concentrate on moving us all forward to whatever we will be doing for the summer.

My son celebrated his birthday this year with a virtual party. He plays Dungeons and Dragons on line with a group of friends every Thursday. So, we ordered cupcakes and delivered the individually wrapped cupcakes to the door of each on of his friends so they could have them together as they played. This was going to be the first year he had a real party. In the past we always did trips or neighborhood parties because of his autism he didn’t really have friends to invite to a party and this year he did. We were sad for him but we made it work.

We went to the grocery store the other day to pick up the cupcakes and as I looked around at the people in the store 75%-80% were wearing masks. I began to wonder if this was going to be our new normal going forward. Would there come a day when we will tell our grandchildren about the days before masks were necessary or you would great people with hugs and kisses instead of elbow bumps or nods? Yes, there may come a time when there is a vaccine but will we go back to polluting the air and water? I love looking at all the pictures from China, India, and even Los Angeles, California of all the smog that has cleared. It is amazing. How quickly will it all come back or become worse?

Anyways, we have another birthday in our house in two weeks. This is a tough one because she was supposed to be in Walt Disney World with her friend for their first solo trip. She has had three different trips planned for her birthdays over the years and each one has had to be cancelled for one reason or another. She thought for sure she would make this trip. Hoping she can celebrate her birthday during her next trip even though it really isn’t the same.

How have you been handling the celebrations in your life?