Mostly our weekends have been spent at Feises (Irish dance competitions) but now our son had his First Lego League competition this past weekend in Grand Rapids, MI.  We knew nothing about First Lego League.  We knew that he was a programmer but beyond that nothing.  We learned quite a bit this weekend.  I have a feeling that this will not be our last competition for him. 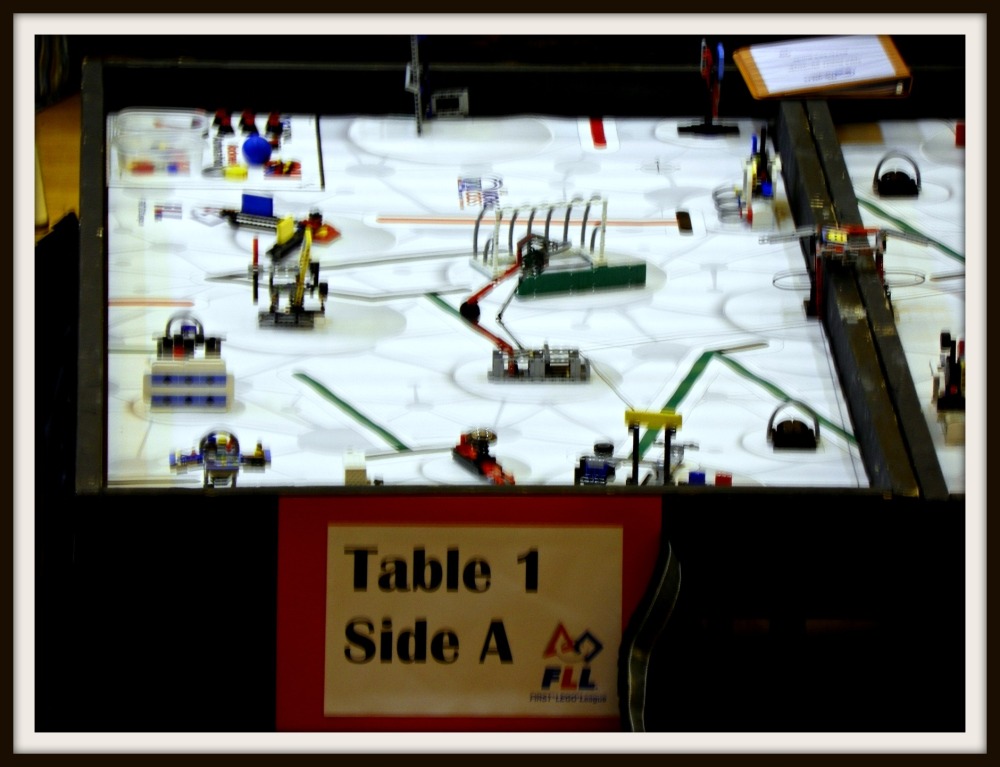 Though his team came in 12th in the Table Competition he learned quite a bit.  That was the goal of this competition just get your two programs to work.  I think all of the kids accomplished this.

But, for dinner last night I was looking for something relatively healthy (or in my case isn’t deep-fried).  I thought of making a taco stuffed pepper but when I realized I had chicken to cook it became a chicken fajita stuffed pepper.  My motto, that I share with Tim Gunn, “Make it work!”

This was an awesome meal.  It was flavorful, filling and it felt like we were eating something almost healthy.  Everyone ate 2 pepper halves and there were enough for lunches the next day.

I served this with a side green salad.