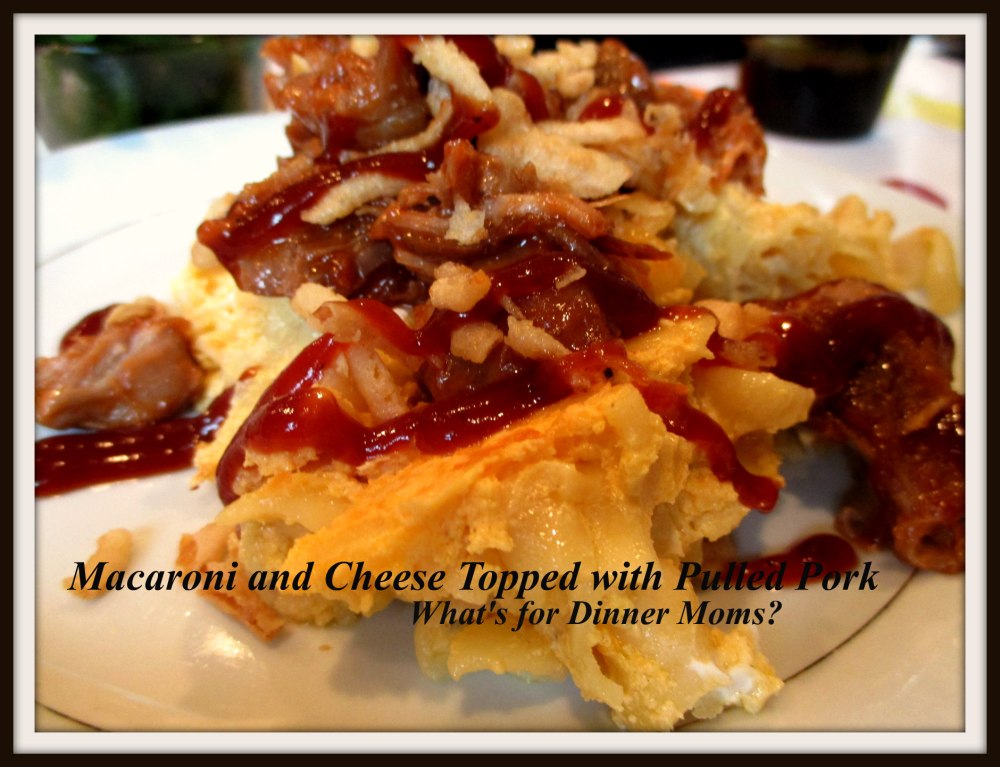 I have renewed my Disney blogging by committing to myself to blog at least once a week about Walt Disney World. Most of my posts are about food but some will be about rides, family fun, and as always fun with autism.

One of my first posts was about the meal my daughter and I had at Min & Bill’s Dockside Diner in Disney Hollywood Studios. (Click for link to original post.) We thought the Macaroni & Cheese topped with Pulled Pork was delicious. I decided I wanted to create something similar at home. The weather has turned again and has become 70s during the day and 50s at night.  Perfect for using the slow cooker to cook the Pulled Pork.

We have been reminiscing about Disney vacations lately so the question at dinner tonight was if you could add a new restaurant to Walt Disney World where would it be and what would it serve? My son thought a Canadian counter service with Poutine would be perfect. My daughter thought an American Table Service featuring recipes from around the country would be good. Mine was a Futuristic Table Service in Epcot serving neuvo cuisine with out of this world techniques in making them. The other Mom wanted a new country in Epcot with a table and counter service restaurant.

This was delicious! It was probably one of the worst dishes to feed my family, health wise, but it tasted great. Everyone had seconds and there were still two servings leftover for lunches. My interpretation of this dish was different from the Walt Disney World dish in that theirs was a Stouffer’s like macaroni and cheese and mine was more of a custard like macaroni and cheese. Just our personal preference.

I served this with a side of steamed green beans.

Directions: I did this in two pieces and then combined them when serving.