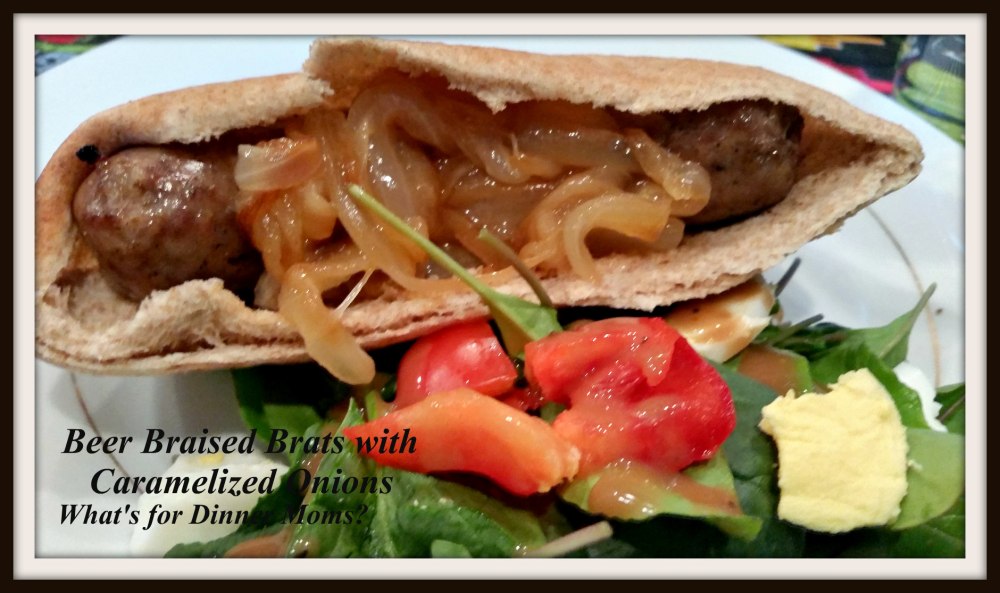 I am slowly cleaning out the refrigerator of our last Community Supported Agriculture (CSA) share so we are eating lots of salads and the last of the preserved blueberries. It has been a busy week getting the kids ready for camp and us ready for our vacation. Lots of laundry and organizing.

I need simple dinners. Right now we are forgoing lots of sides for salads (using up that CSA share) with varying toppings. I added chopped eggs on this night with red peppers and balsamic dressing.

This was a hit! I always worry with my children about cooking with beer and wine because if it has any after taste or even smells like alcohol they tend to not even want to try it because they don’t like the taste. This recipe cooked off the beer enough that they were actually asking for more of the beer sauce to put over the brats when they were eating them.

This recipe is time-consuming in that the caramelized onions need to sweat for 30-40 minutes but it really is just stirring the onions every once in a while to keep them from sticking to the skillet and browning too quickly.

Tip: Use whatever beer you like or have on hand but a Lager or red ale would be perfect in this recipe.