Today was a weather game. There was a 50% chance of rain so we went with the local attractions and saved the Tahquamenon Falls trip for the next day when the chance of rain was only 30%. Although, it was forecast to be a bit colder the next day we went with the drier of the two days to do the walk into the falls. We were gambling but thought it would be the best choice.

We started with brunch/lunch at Karl’s Cuisine. This was a wonderful surprise! It had been recommended to us but we had no idea what to expect. We arrived at 11:30 am and there was only one other person in the dining room. There were three tables for two right next to the windows that overlooked the area where the boats enter the locks. We took one of those tables. 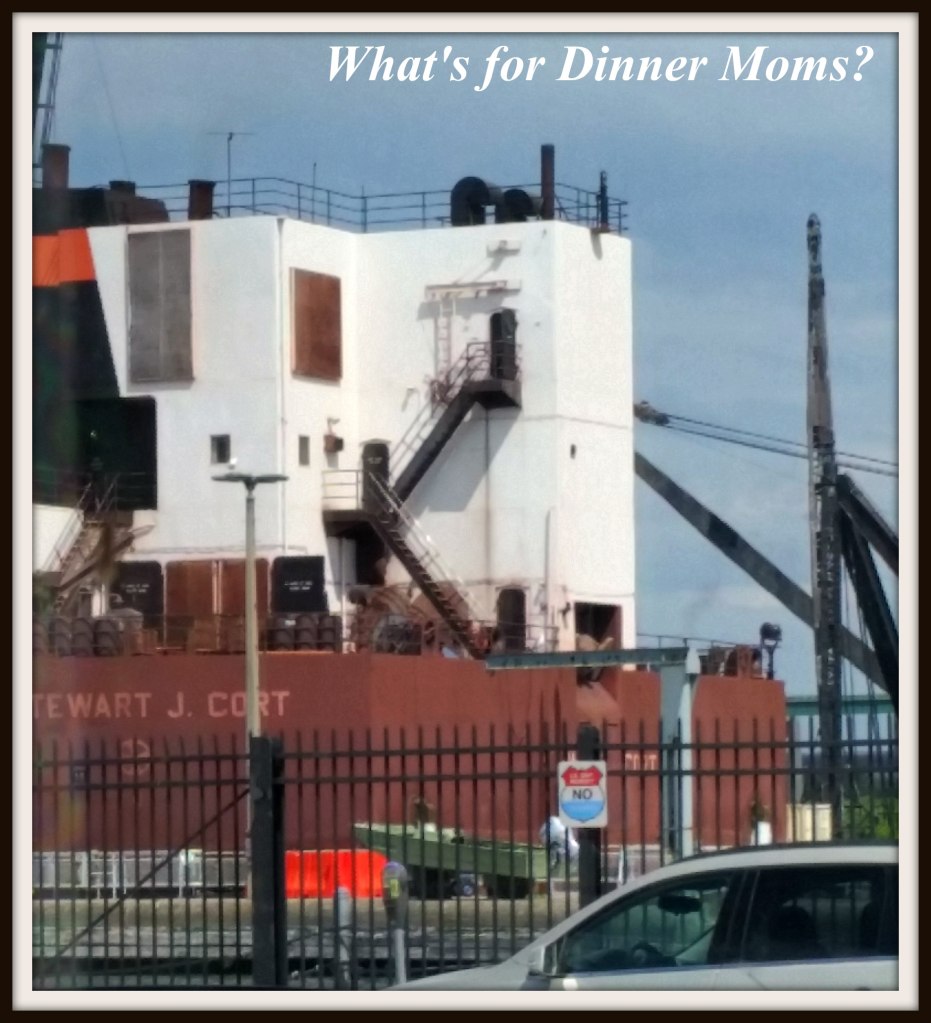 This was the view from our table of one of the freighters as it exited the locks. 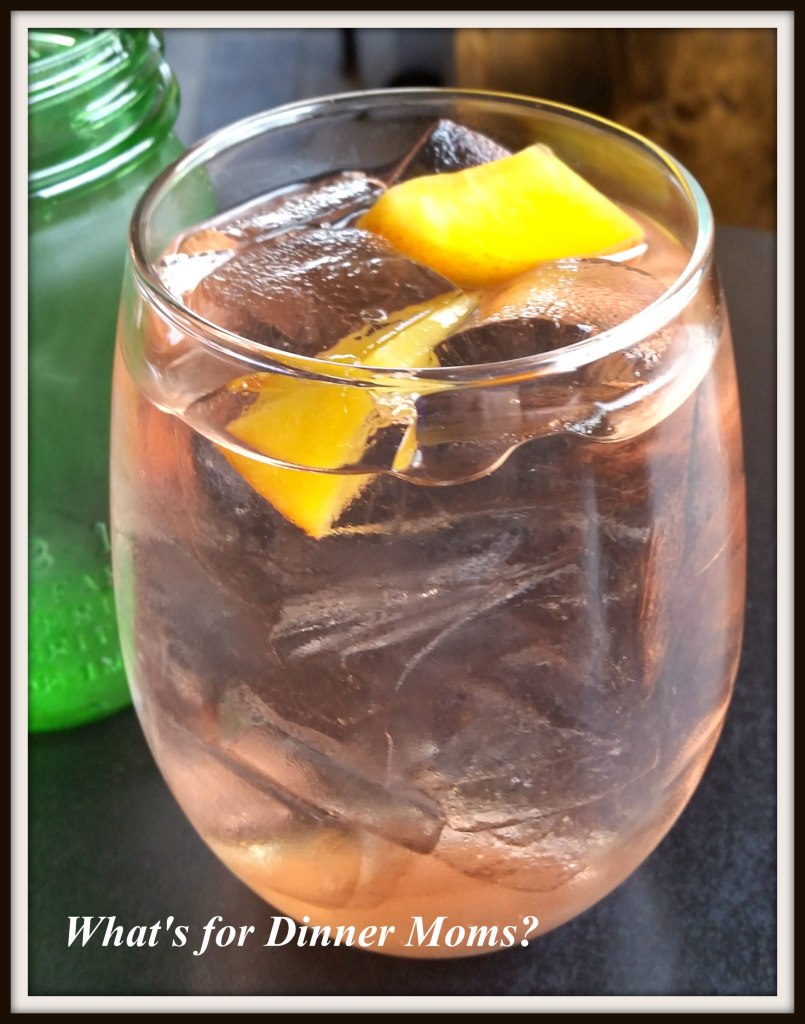 We were pleasantly surprised to find out that the restaurant was becoming a microbrewery. They had a strawberry or peach sangria and a couple of beers. My partner chose the peach sangria as this was an early brunch meal for us. She thought it was very good for an early day drink – light and refreshing.

When in the Upper Peninsula we were told there were certain foods we had to try – white fish, pasty, and fudge. Well, we had two of the three at this meal. Above are white fish sliders. They were slightly sweet from a drizzle of honey and on the seven grain rolls absolutely delicious. The sweet potato wedges were a perfect side with this dish.

This was my first pasty (like a beef pot pie with carrots, potato and turnip with the gravy on the side) and it was delicious! I was full after about 2/3rds of the dish but really wanted to finish it because it was so good! The gravy was perfectly flavored and I poured a little bit over each section of the dish as I broke into it so that it didn’t get soggy and I could get the perfect gravy/pasty ratio in each bite!

We noticed on our way out that there was parking out back for customers, we parked on the street, and an upstairs deck which would be perfect place to watch boats in the lock as you dined. We will be heading back to Karl’s Cuisine next time we are in the area!

We decided to take a short walk down Portage Street to see some of the shops. Of course we had to stop into Zak’s Kandy Haus for some fudge to take with us. I love fudge and there was a sale of buy three slices get two free so I had to get five slices. We tried two maple walnut, one turtle, one chocolate and one chocolate walnut. I love chocolate and maple! Of course while we were there they made fresh waffle cones so my partner needed to try some ice cream in a waffle cone. It was Hudsonville ice cream, the same we have at home, but she chose flavors she hadn’t seen before at home.

We sat for a bit on the benches and watched the freighters go through as she ate her ice cream. It was starting to cloud over but we decided to go and investigate a boat tour on the locks. 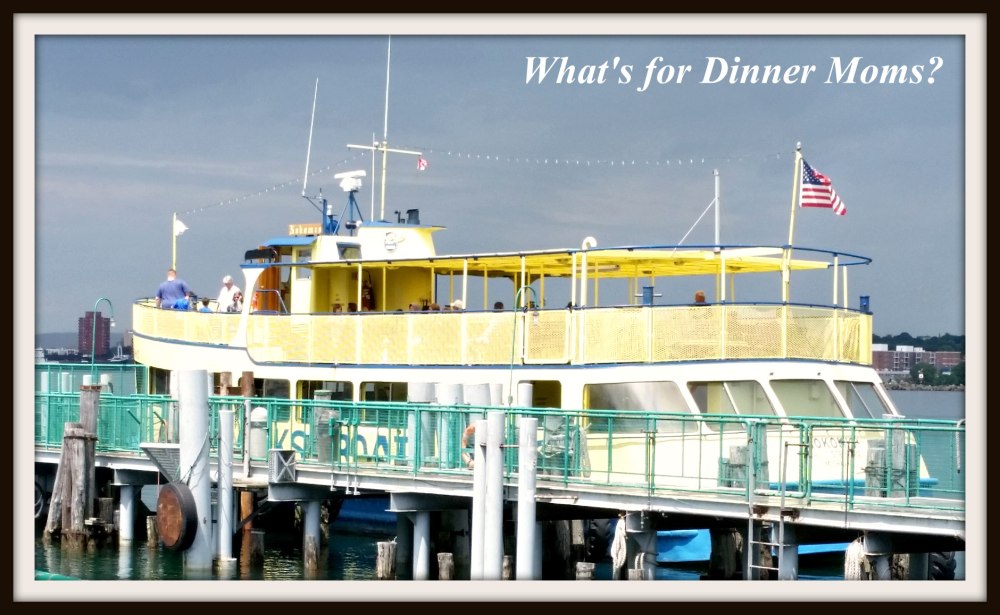 When we arrived at the Soo Locks Boat Tours Dock #1 we had 35 minutes until the next boat departed. Of course just as we pulled in the rain started. It wasn’t a sprinkle either. It was full, straight down rain. We were the only people waiting for the boat for the longest time. We heard thunder in the distance but saw no lightning and it passed fairly quickly although the sky stayed dark for a bit. A few people came in to buy dinner cruise tickets for the next evening while we were there but for a long time we thought we were going to be the only people getting on the boat.

There was a small gift shop to help pass the time and an area with table and chairs to look at the tourist brochures and maps that were available. We were the second stop on the boat tour, even though we were dock #1, and by the time we departed there were 8 other people with us and the boat was only 1/3 full when it arrived to pick us up. The rain had stopped but had obviously kept some people away. We were fine with that as we don’t like crowds and had a great choice of seats under the canopy on the upper deck.

The rain started again but it was more of a fine, persistent mist this time. We were under the canopy so we only got a little bit wet. It only lasted for about 15 minutes and then the sun came out for a bit before ducking back under the clouds. The sun would come out intermittently to warm us up but it was perfect because it was comfortable with a sweatshirt on in the light breeze.

The first picture at the top shows a freighter that had been turned into a working museum. The plan was to visit that after the boat ride but after two hours on the boat tour we headed back to the hotel. The locks were fun to go through, the history lessons were invaluable and the steel mill felt like something out of Disney World. The mill is a working steel mill, we saw them unloading a freighter but saw no people working in any part of the mill. It was the day before Canada Day so we were wondering if they had a light shift or an early day that day because it was close to 3:30 pm by the time we arrived there. But, it really felt like a Disney display. 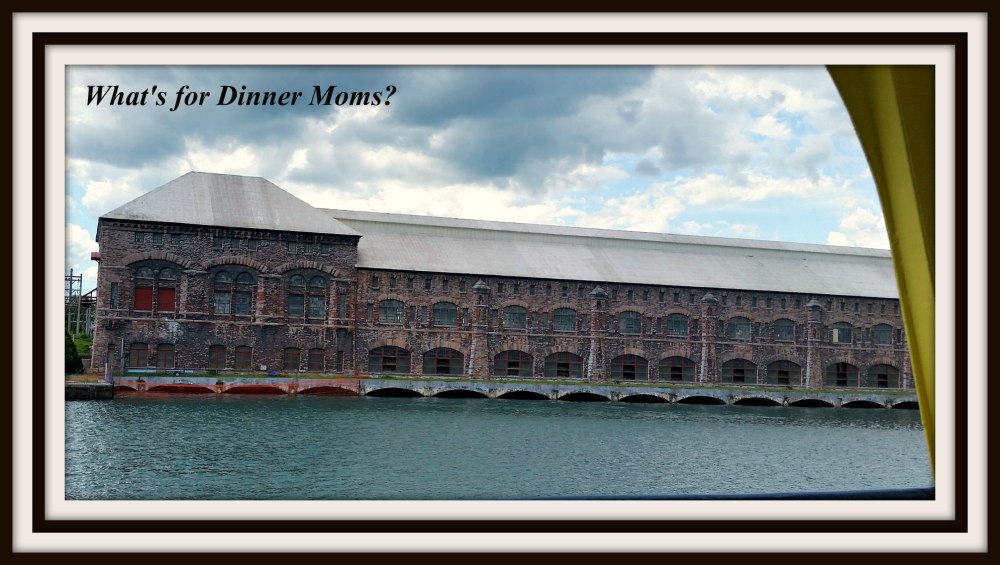 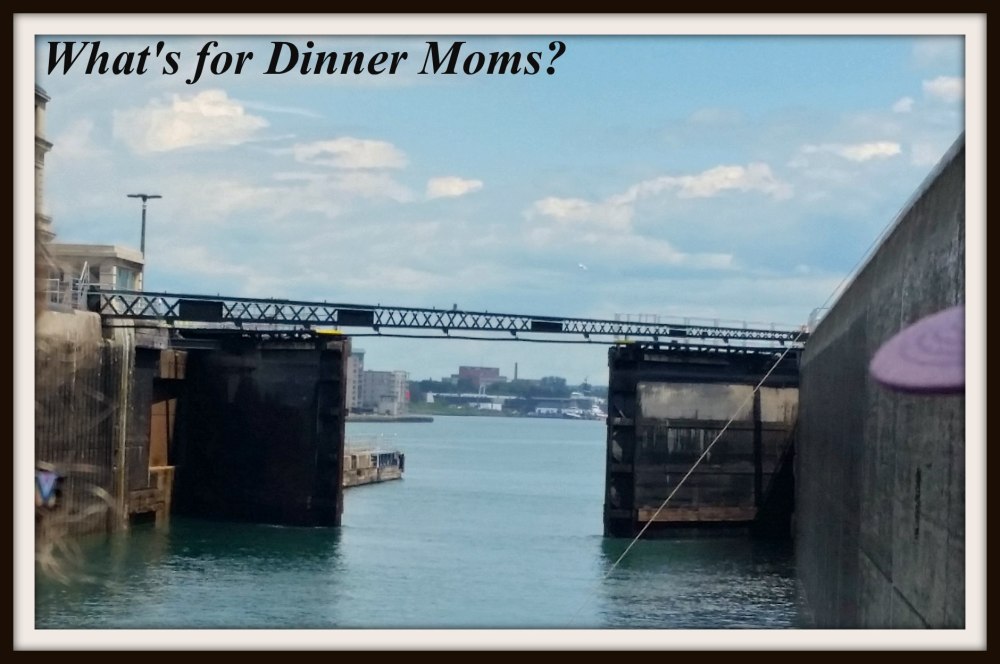 The lock doors are closing behind us. We will be above the wall when all the water is allowed to run into the lock and raise the boat.

As we were going up the Arthur M. Anderson was heading in the opposite direction. The Arthur M. Anderson is famous for being the last ship in touch with the Edmund Fitzgerald, the freighter of the Gordon Lightfoot song that sank. It was also the only freighter that turned around in the storm to try to rescue the crew. It failed in its search.

We are up and ready to have the lock doors ahead of us open. 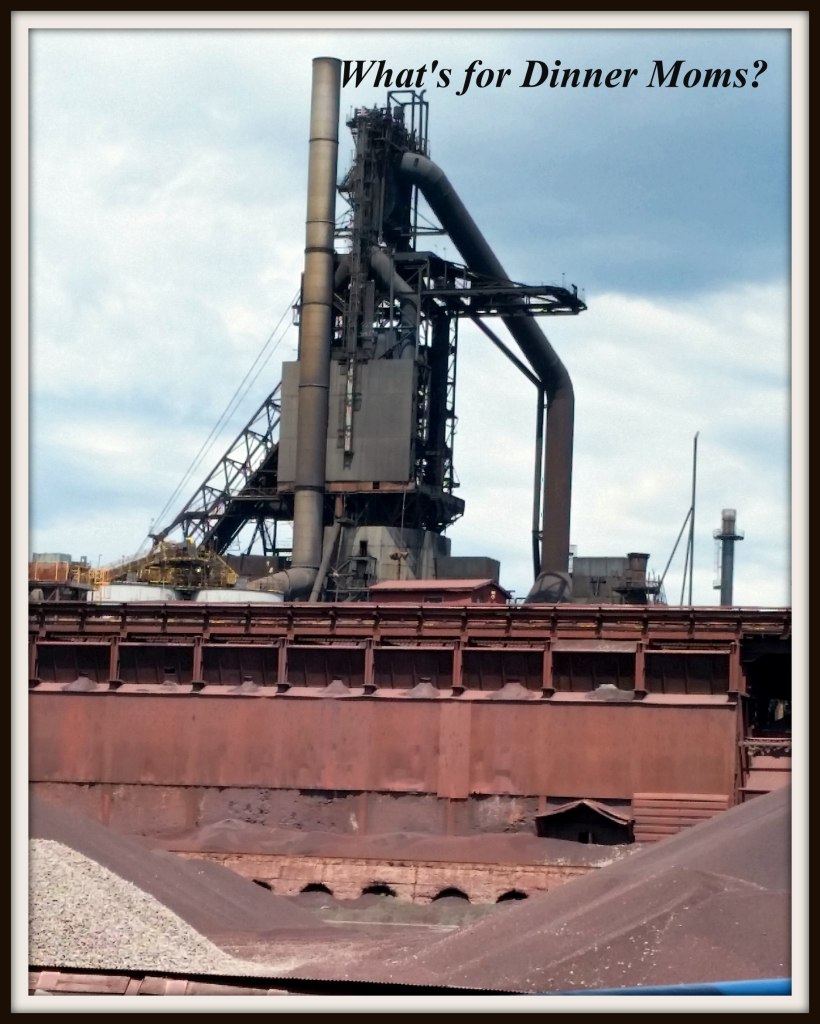 This is the working steel mill that we went by. It was amazing to see. Eerie, but amazing.

Lastly we headed down the Canadian side to the Canadian lock that is only open to recreation vehicles.  This was much smaller than the Soo Locks but had some lovely buildings to look at as we went through the locks. 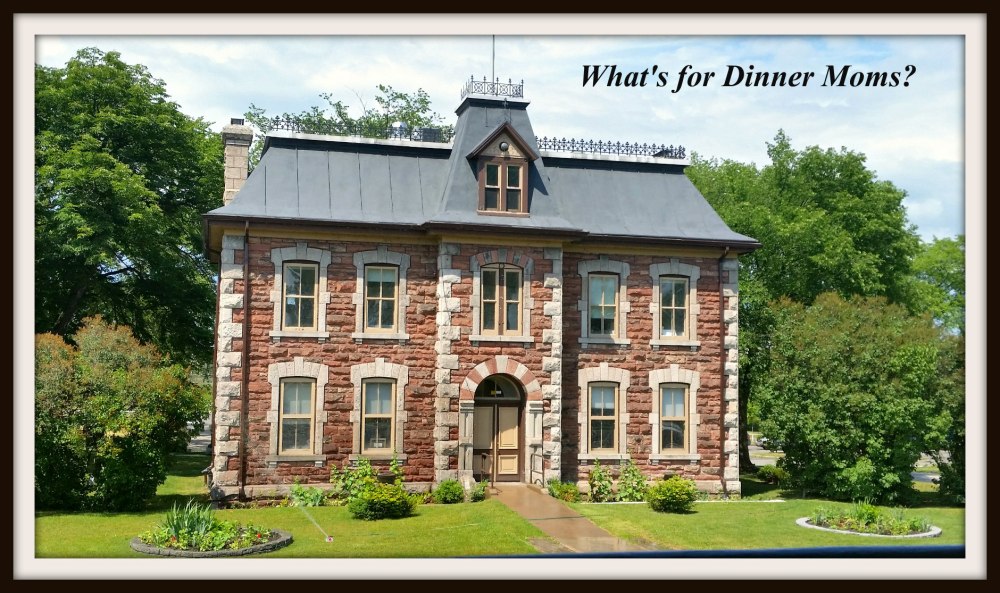 The two-hour ride was perfect and we can’t wait to take the children on this.

So, our plans to go to the ship museum were scrapped after our boat tour. We headed back to the hotel to rest and clean up before heading out to dinner. We found a cute pub in town that was having a trivia night. We knew most of the questions except for which President was in office during WWI. We guessed the wrong one. I even knew that the rose was the official US flower!