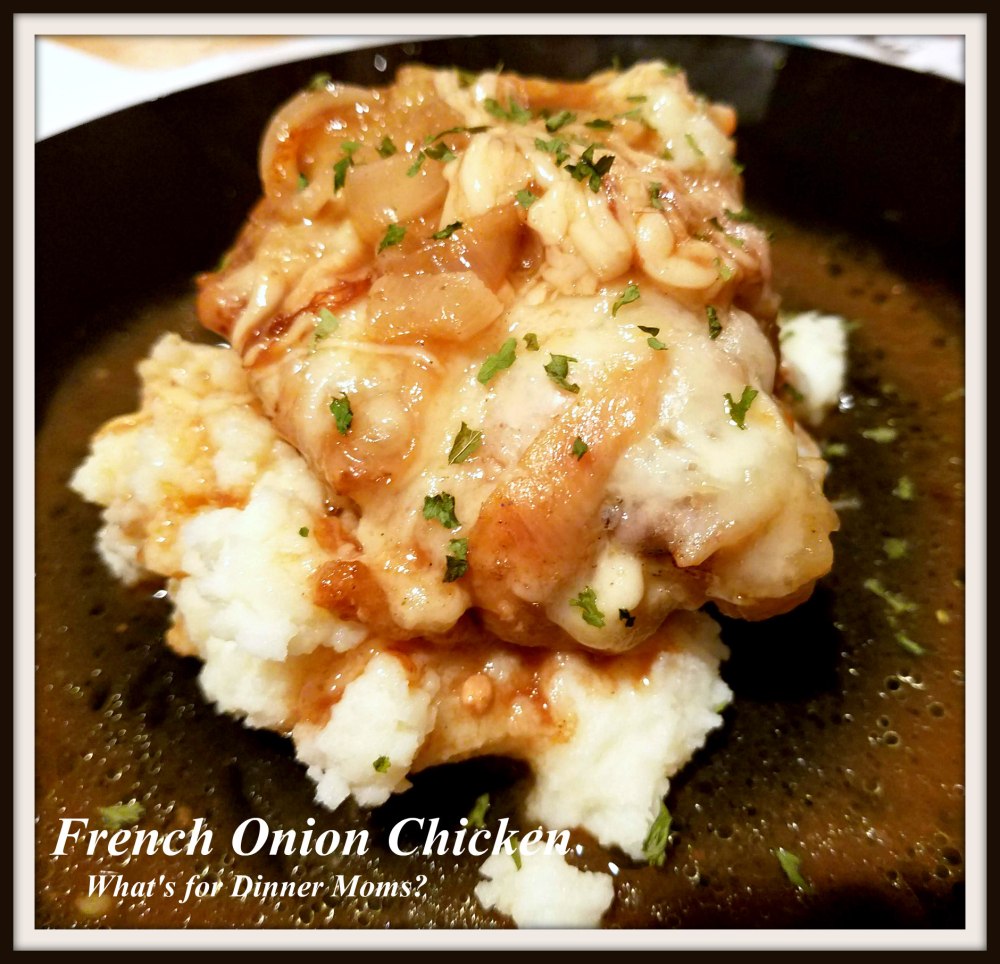 My family loves French Onion Soup. Even my onion hating daughter likes French Onion Soup. She says it is because the onions don’t taste like onions. I think the addition of balsamic vinegar helps in this dish. It is takes over an hour to make but most of the time is waiting for the onions to cook down. After that the dish cooks in about 30 minutes.

Our house smelled amazing as this was cooking. I had to keep everyone back from eating all the French Onion gravy before I got the dish in the oven to finish.

I used chicken thighs to make this dish, because that is what I had on hand,  which tasted delicious but I think next time I would use chicken breasts pounded down a bit and substituted for the chicken thighs.

This can be served over French baguette slices (which sops up the gravy), egg noodles or rice. We prefer the bread because it lends itself to the French Onion Soup feel. But I really wanted mashed potatoes last night so that is what we had it with. It was really good! Anyway you serve this dish if you like French Onion Soup you will love this dish.

I served this with green beans and a green salad to complete the meal.